Learn about Simply Supported Beam : Overhang to One Side : Point Load 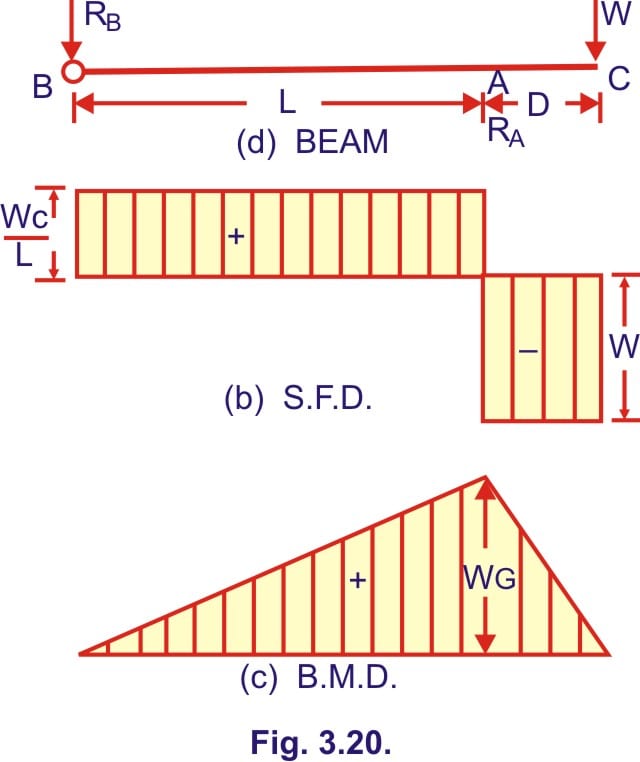 Over hanging – a simple beam extending beyond its support on one end.

Point loads are concentrated loads applied along the span of a member or the edge of a wall panel. Defining point loads may be accomplished graphically or in the spreadsheets.

In this example, one get clear idea how to calculate reactions when a simply supported beam is having point load overhang on one side of the support.

Reactions : Taking moments about B, we get

Between A and B,